The Practice of Doubt 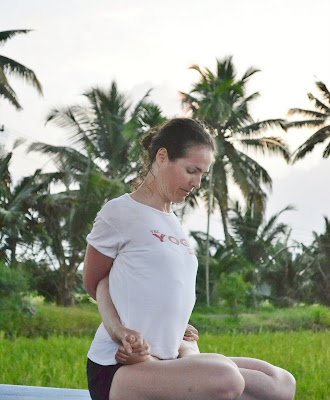 There comes a point in most practitioner’s journey when the questions of 'why' am I practicing and 'if' the postures of yoga are worthwhile begin to surface themselves. Doubt (one of the 9 kleshas) as laid out by Patajalim in the Yoga Sutras is an affliction or mental aversion. As my teacher Yogacharya Venkatesha told me it is best to deal with doubt as soon as it arises otherwise it will follow you and wreak havoc with your practice. But this is not to imply that it doesn't come up again later on. In fact, it may be masked by other feelings such as frustration, pain or recklessness. The main point is not how it appears but rather that it is acknowledged and dealt with. From the perspectives of the teachings of yoga it is a part of the path; not something to be thrown away or rejected. It can be used to strengthen practice and oneself provided it is properly understood.

First, in the Yoga Sutras the concept of doubt is a mental fluctuation arising from past karmas and deeply rooted in the mind. Second, doubt is not as solid as it looks and feels, but changeable and workable. At a time when you'd love to skip the sequence, jump the track and move onto something else doubt, frustration and impatience keep you stuck. In many ways this is something to be grateful for because the practice will not let you bullshit yourself. Either you have practiced the basics well and are ready to move forward or you have not. Simple. There may also come a time when one thinks they have practiced enough to be deserving of certain postures, but the reality of yoga and its evolution does not work with this equation. In my practice and after learning many of the advanced postures my teacher did not let me practice them when I studied with him. He lead me back to square one; i.e., to the basics. It was a painful place to remain for the ego.

The whole idea behind this was to never forget that practicing yoga is not about physical mastery alone. As well, it should include chanting and meditation, and become a life-time commitment. However, impatience and feelings of wanting it all now can cause a lot of doubt to surface. When someone asks me how long it will take to master a certain pose I usually say for the rest of their life. They roll their eyes and nod at my seemingly trite reply. However, it is the truth. Because even after reaching whatever goal you had set out to obtain the very nature of the mind is to be off in another direction and looking for the next thing to achieve. This has a lot to do with cultural conditioning and if learn to move faster and get there sooner you might get to the top. And yet, 'true' yoga does not gel with this myth.

It really becomes important to be reminded that the practice of yoga is not just an end result in physical proficiency but an inner state of transformation. Or, perhaps one should say being open to this possibility. Asanas are the invitation for creating and developing an inner fire, a heat called 'tapas' that ignites change on all levels. Patajalim stressed seated asanas not handstands and vinyasas. Postures like sukhasan (comfortable seating pose) or padmasan (lotus) are the ultimate goal in then learning to meditate.

The funny aspect of doubt is how it can bring to light the two extremes the mind jumps between. That is, feeling as if it is taking too long for any kind of decent result (usually directed at the physical level) and trying to compensate for this by over-practicing. Or, having the idea that practice owes you something for all your hard work and trying to rush through the sequence to arrive sooner and faster. Yet, the bottom line is nothing can be achieved from a haphazard approach. The sutras painstakingly remind us that practice needs to be consistent and constant.

Certainly this is not easy to swallow in a fast thinking and product orientated culture for which the West is famous for. But this is where yoga outshines other practices and disciplines. If you learn to hang in there you may just see all of this ‘stuff’ for what exactly what it is: the mind’s game to throw you off or away.

The basis of the yoga postures lies in training the mind to move with the body in a continuous stream of prana (or known as the breath). Ultimately, it is not about touching your feet to your head or sitting in lotus as it is about understanding the scattered behaviour of the mind. Usually the mind is good at undermining your practice especially if there are bigger expectations than those which have been achieved. Saying this, however, does not mean that a healthy dose of vim and vigour should not be taken into one's practice. It is more about awareness and seeing the mind’s silly game. In fact, having a sense of urgency in that this might be your last practice is helpful especially if there is a tendency to be passive or in auto-pilot.

Many years ago my teacher actually told me to think while practising, stay longer and be still. It is very similar to Shri K. Pattahi Jois’s well known phrase in which he said, "Practice and all is coming". By this he did not mean practice mindlessly or blindly, but practice with vim, vigour, sincerely and with all that you can devote yourself to. Practising like this will take one further than expected and throw out the mind's limitations, and fears. It is like George Bernard Shaw who said,
“I want to be thoroughly used up when I die,
for the harder I work the more I live.
I rejoice in life for its own sake.”
I feel practice can become like this. That is, for its own sake and not for the sake of only a physical goal. My own teacher’s simple but powerful statement has always stuck with me. By 'think' he meant learn to concentrate. As well, you can go on looking for results or enjoy your practice as it comes. B.K.S. Iyengar (a Yoga Master in Pune, India) was good at repeating something in the same effect. “Do not practice from memory. Forget yesterday’s practice and focus on today’s practice." He was also adamant that one should not practice only what they know, but enter into the arena of what one cannot do. The former helps build confidence while the latter reduces arrogance and unnecessary pride.

I personally believe when doubts surface and questions like 'why' is it taking so long appear it is a call toward understanding oneself at a very deep and profound level. If we can 'catch' ourselves just at that second and remain open rather than shutting down, the same doubt that produced thoughts of inadequacy can be a vital force. Rainer Marie Rilke said it best and I will not copy-cat or even try. He wrote,

“And your doubt can become a good quality if you train it. It must become knowing, it must become criticism. Ask it, whenever it wants to spoil something for you, why something is ugly, demand proofs from it, test it, and you will find it perhaps bewildered and embarrased, perhaps also protesting. But don't give in, insist on arguments, and act in this way, attentive and persistent, every single time, and the day will come when, instead of being a destroyer, it will become one of your best workers--perhaps the most intelligent of all the ones that are building your life.”

― Letters to a Young Poet

Becoming a Master of Yoga or anything for that matter is like being a student all the time. And for those who do they are very clear about this battle and learn to practice.

~ Om tat sat.
Posted by Heather Morton at 5:42 AM
Email ThisBlogThis!Share to TwitterShare to FacebookShare to Pinterest

Heather Morton
is a perennial teacher and devoted student of yoga. Having made 18 extended trips to India she studies with her teachers annually. In 1997 she founded and directed The Yoga Way (TYW), Toronto's only school for 6-week yoga programs and not drop-in classes. For 15 years, TYW was a part of the growing Toronto yoga community and supported many charities by offering karma classes. As a teacher she holds many academic degrees including a BFA (Fine Arts in Theatre) and a Masters of Education. With a published thesis on Yoga for Children in School, her post-graduate work was a 2-year ethnographic project in the Indian school system. Heather has produced 2 dvds, meditation cds, a backbending manual and podcasts. Freedom of the Body DVD is the first of its kind as an instructional practice to the backbends of yoga. Heather has been featured in the Toronto Life magazine, The Globe & Mail, Yoga4Everybody and other on-line sources. She contributes to MindBodyGreen, Hello Yoga in Japan and Elephant Journal. She writes to inspire and share her experiences with others on yoga as a life's practice.